Kathryn Walker has been working in Law since the late ‘80’s (showing her age I know)…. Kathryn moved down from Auckland to Hamilton in 1995 to join Scott Young, who had commenced practice as Young and Associates. Scott Young formed Young & Associates in 1995. At that time, Kathryn Walker moved down from Auckland to work with Scott in a Legal Executive role. Kathryn later qualified as a Solicitor and became a partner with Scott in the Young & Associates partnership in 2007.

During this time, some clients will remember Young & Associates as being in the Old Character Villa on Claudelands Road. That was a very special time for all the staff. It was also special for a lot of clients who remembered the house from years gone by.

In 2014 the firm moved to Rototuna – in the north “Burbs”. This was fresh and new - the complete opposite of Claudelands Road. For those of you that don’t know, we now have air-conditioning (heat pump) and are located above The Lone Star on the Rototuna round about.

Following the shift to Rototuna, Scott, Kathryn and the team continued as Young & Associates until the end of July 2016. Scott then took early retirement and moved to Queenstown with his family. 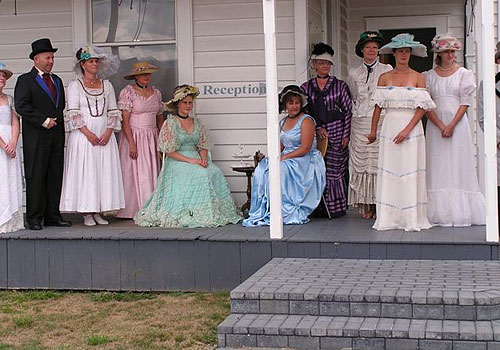 "Hello everyone. A big thank you from Rosemary and I for all your work with the sale of our sections. there is much cause for celebration in our house! Kathryn – I am always going to have that embarrassing feeling when I remember my first panicked call to you over the property. Ha ha !! But it all worked out. Thanks again everyone...”
Maurice and Rosemary